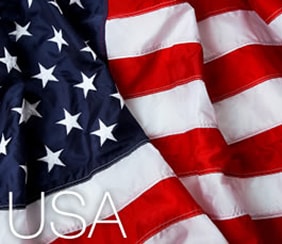 The official language is English, although there is no legislation explicitly stating this. According to the 1990 national census, 86% of the population aged 5 or older uses English in everyday life. Spanish is the next most common language. It is characteristic of Americans, unlike the British, to roll the letter “n” when speaking and to combine words. For example, "want to" or "going to" is pronounced "wanna" or "gonna", respectively, as if there were no separation between the two words. It is rare, however, to spell out such colloquial pronunciations in writing.
TOP

Students from around the world flock to the United States for language and academic studies. Statistics show that there are as many as half a million foreign students currently studying in US universities. There are also over 70,000 students entering the US with study visas attending language programs (this number does not include the informal short term students). Among the ESL students, Japanese number the most, followed by students from Korea, Taiwan, Brazil, Thailand, Italy, and Switzerland. More than half of the total is accounted for by students from Asia. In cities, such as Los Angeles and New York, which are particularly popular among foreign students, half of the students in any one class may be from the same country.
TOP

In the United States there are two types of English language schools: language institutions attached to universities and private language schools. There are also independent management organizations, such as UCIEP (University and College Intensive English Programs) and the AAIEP (American Association of Intensive English Programs), that consistently make efforts to maintain high quality standards regarding the instruction and student-used facilities of associated schools.

There are more than 2,000 accredited universities in the United States and many of them have attached English language training institutions. Most courses were initially started to help those students desiring to enter universities overcome insufficient English language skills. They are now regularly offered to foreign students whose aim is to learn English and experience life in the United States.

Students must be aware that, even if they complete a course at an English language training institution attached to a university, it does not guarantee acceptance into that university''s academic degree program. For instance, most students can enter the English language training institution attached to the more prestigious American universities, but this does not guarantee future acceptance into a prestigious degree program. Recently, an increasing number of universities have developed basic English language courses for the mastery of everyday English, as well as courses for specialized areas, such as business English. On all of the aforementioned programs however, students are usually able to use university facilities such as the library, cafeteria, gymnasium, and computer rooms with the same permission granted to degree program students. In most cases, periods of study coincide with the respective university''s term system.

There are two types of private English language schools :
1) schools that provide lessons making use of a university''s campus facilities (''campus based'' type)
2) schools that have their own independent buildings/classrooms in an urban area (''city center'' type).

Students enrolled at college campus-based private programs, are usually allowed to use campus facilities such as the library and gymnasium. At private English language schools not attached to a university campus, classes take place in non-academic surroundings; most often in office buildings in urban centers. These private programs consist of a comparatively smaller student population without interaction with degree students that are typically found on a university campus. However, in many cases these private schools offer a greater variety of courses and more flexibility in terms of starting dates, lengths of study, and housing options. For example, there are schools that offer weekly starting dates, which are seldom found at campus based programs.

All private language schools offer support counseling and most provide academic advice and assistance when students are applying to university degree programs. Most schools also offer test preparation and practice examinations such as the Institutional TOEFL.
TOP
Popular Cities among StudentsCountry