DISCOVER
Learn About Your Study Destination 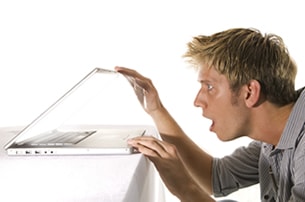 Toronto [Ontario; population of Toronto, 4.75 million]
Toronto is Canada's largest city. It is an international environment consisting of diverse cultures and endless entertainment opportunities. Since the 1970's Toronto has been one of the fastest-changing cities in North America. The influx of many European, Asian, and Indian migrants has dramatically diversified the ethnic composition. Suburbanization and the re-development of the downtown and waterfront areas have increased the city's already attractive and inviting personality.

Toronto is a port of entry for both people and goods. One of Canada's most important commercial, financial, and industrial centers, Toronto and the surrounding area produces more than half of Canada's manufactured goods. Toronto has many parks and historic buildings such as Exhibition Park, Toronto City Hall, the 1,815-ft (553-m) CN Tower(1976), and the Skydome.

Vancouver [British Columbia; population of Vancouver, 2.05 million]
Vancouver is blessed with a beautiful natural setting, with tall mountains and a blue sea. It is one of Canada's warmest cities, enjoying a fairly mild weather pattern throughout the year. It also is known as the "Hollywood in the North," where students can often see film crews throughout the downtown area. Vancouver has experienced the greatest influx of Asians coming to Canada. A thriving Chinatown is located just outside the central business area. Asian tourists are also common. Vancouver is a safe city with relatively inexpensive tourist attractions. Students enjoy traveling east outside of the city to the mountains and the acclaimed Whistler ski resort.

Montreal [Quebec; population of Montreal, 3.48 million]
Montreal is the second largest city in Canada, with over two-thirds of the population being French Canadian. Due to its cold winters, city planners have ensured that residents can easily work and shop without having to face the weather by granting access to Montreal's underground walkways. Subways in Montreal are safe and fast with conveniently located entrances in numerous places. Bus terminals and railroad stations located underground are additional means of city transportation. Montreal is a majestic city reminiscent of Europe, dotted with buildings that are among the oldest in North America.
TOP

Canada is generally considered to be a safe country. The law system is extensive, restricting gun possession more strictly than the United States. However, students should always remember to be cautious with unfamiliar settings and avoid those areas that appear to be dangerous. A little caution can make your study abroad experience safe as well as memorable.
TOP